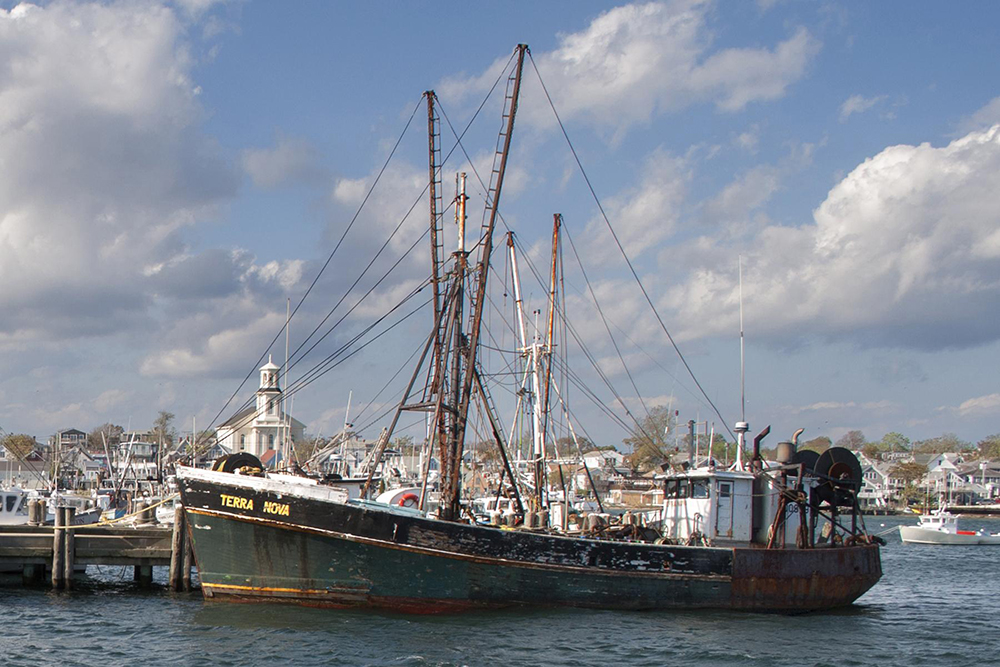 The F/V Terra Nova is notable as one of the last eastern rig draggers in the Provincetown fishing fleet. Built in 1965, at the former Newbert & Wallace boatyard in Thomaston, Maine as the fishing vessel Little Infant, the Terra Nova had been active in fishing for groundfish, although at some point underwent refitting to operate as a hydraulic clammer. However, as time passed, it grew into a state of disrepair and as of October 2012, did not appear to be in service. The aging vessel had been tied up at MacMillan Pier in Provincetown, then following a transfer of ownership, moved to Rose’s Railway in Gloucester for additional repairs. At the time of it’s sinking, the vessel was underway to Rockland, Maine where it would be potentially scrapped and salvaged.

On the night of October 25, the Terra Nova was en route from Gloucester to Rockland, Maine in 4-6 foot seas when it began taking on water a few miles off the coast of Gloucester. At 8:30 PM, the Coast Guard received a distress signal reporting 6 feet of water in the forward cabin, with additional flooding occurring beyond the capacity of the pumps. The two-man crew anchored the vessel, donned survival suits and abandoned the vessel. The Coast Guard, working with the Rockport Harbormaster and other good samaritan fisherman, responded and rescued both men. However, both had been in the water for more than an hour by the time of their rescue, and sadly, one crew member died shortly after being pulled from the water. The Terra Nova sank at approximately 10:30 PM.

In 2014, local divers dived the wreck of the Terra Nova, which lies approximately 3 miles off Thacher Island in 150 fsw. Divers reported the wreck to be mostly intact on a hard sand bottom. In 2015, we had the opportunity to visit the wreck for the first time.

As of August 2015, the wreck of the Terra Nova was still partially intact, lying on it’s starboard side. The stern is intact with the net reel drum present. The main superstructure has sloughed off, but is visible in a jumbled pile. Moving forward, the midships portion of the wreck breaks down before becoming partially intact again at a section of the bow, also on it’s starboard side. The bow has the appearance of being “torn off” with jagged bits of wooden hull planks sticking out. The maximum depth at high tide is approximately 150 fsw, with much of the dive around 135 fsw in depth. Visibility was excellent on our dive with approximately 30-40 few and plenty of ambient light.

The wreck of the Terra Nova will not remain in it’s current form for long. Like many wooden fishing vessels, particularly ones already in a decrepit state before they sank, the wreck will collapse quickly. For those who remember when the wreck of the Nina T was intact, they will recall a picturesque intact wreck with a mast standing. The Terra Nova, much like the Nina T, has the appearance of a “classic” New England wreck. However, time and ocean storms were not kind to the Nina T and they will not be kind to the Terra Nova. Hopefully the wreck will remain partially intact for another season. This is a dive worth doing while it lasts!