It has been awhile since our last blog post, and a whole lot has happened since then. Our 2020 newsletter, The Lookout, summarized our adventures over the year, and I have to say, despite the difficulties, there were a lot of good times. We weren’t always doing what we wanted to be doing, but we found ways to get creative and keep diving and having fun.

We had some really great fall diving with our third trip to Alexandria Bay in November. There is no question about it, the Bonnie Castle dive park is a lot more fun on a scooter. There is so much to see and do, and a scooter makes it possible to cover a lot of ground and plow through the current. We also had a really nice dive on the Jodrey with good visibility—and the water temperature was still really comfortable. Bonus. 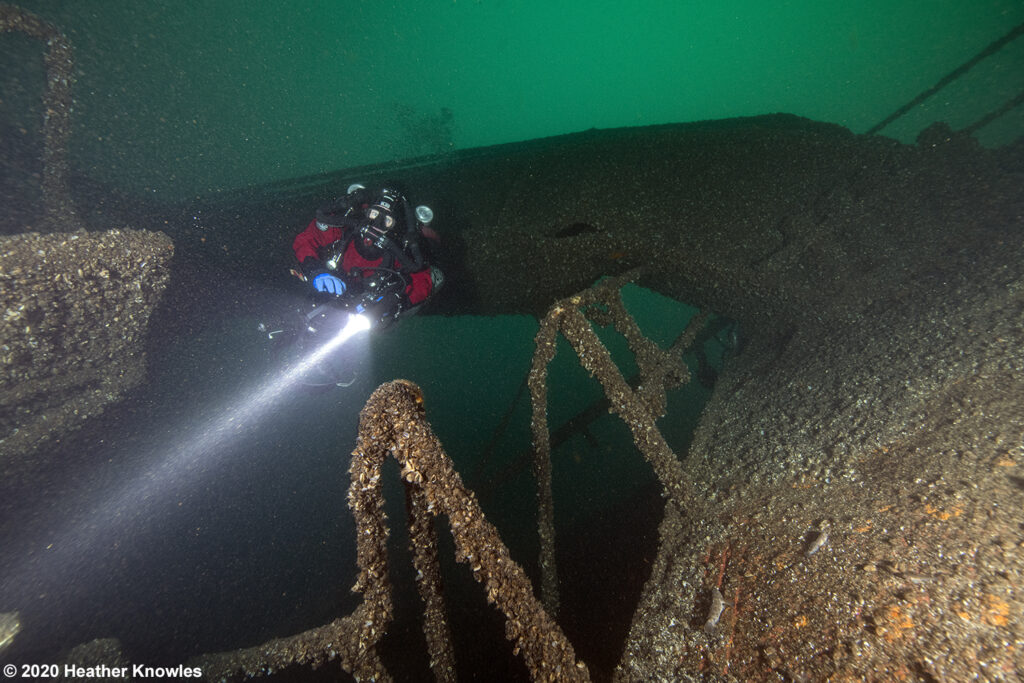 Great conditions on the wreck of the Roy A Jodrey.

After A-Bay, we had a couple of local charters with amazingly good weather. When we came home, we fully expected to be back to shore dives and such but we had a really great stretch of weather. In November, we were out on the Gauntlet heading to the Poling with a small group of friends. The weather was gorgeous. It was just too nice to go the Poling! So we said, “Does anyone need to be back early?” The answer was no, so we turned the boat south and headed to the Pinthis!

I had never been to the Pinthis in November before so I was hoping for some really good visibility. To our pleasant surprise, the mooring was still there. The conditions were good—water was cooling off but it was still comfortable. The visibility was actually just “ok” at about 20 feet, but what I did notice was a lot of fish on the wreck—a lot more than I remember seeing back in the summer.

As the winter set in, things slowed down as they usually do. After the holidays though we were of course keen to get our first dives of 2021 in. We had been doing some diving in NH lakes in December and the lakes were ice free. So we decided to make our first dive of the new year up there. Well. A lot can change in a week. When we arrived at our planned dive site it was what I would call “very frozen.” Diving there was not happening without a chainsaw. So we went with Plan B and tried another spot. It was partially frozen and we felt like it was thin enough that we could break through it should we need to. Beyond the frozen area there was open water. Yes, it was probably on the edge of appropriate without running lines or using tethers but we felt the risk was low given the ice was thin and there were open water portions. But that was our last diving excursion to NH for the winter.

The ice seemed to be following us around though and a few weeks later at Hathaway Pond we encountered more frozen water. This ice was quite thin though and easy to break so we went ahead and dived. But that was our last diving excursion to Hathaway.

After that point, we were heading south, like to Florida, where we had a somewhat unique opportunity to spend 3 weeks working and diving. It was great and we did some awesome dives. And we wore shorts. It was nice. When we got back at the end of March the weather was still fairly wintry despite being early spring. The shorts got put away. But we did turn our attention to local diving and getting back at it with charters. 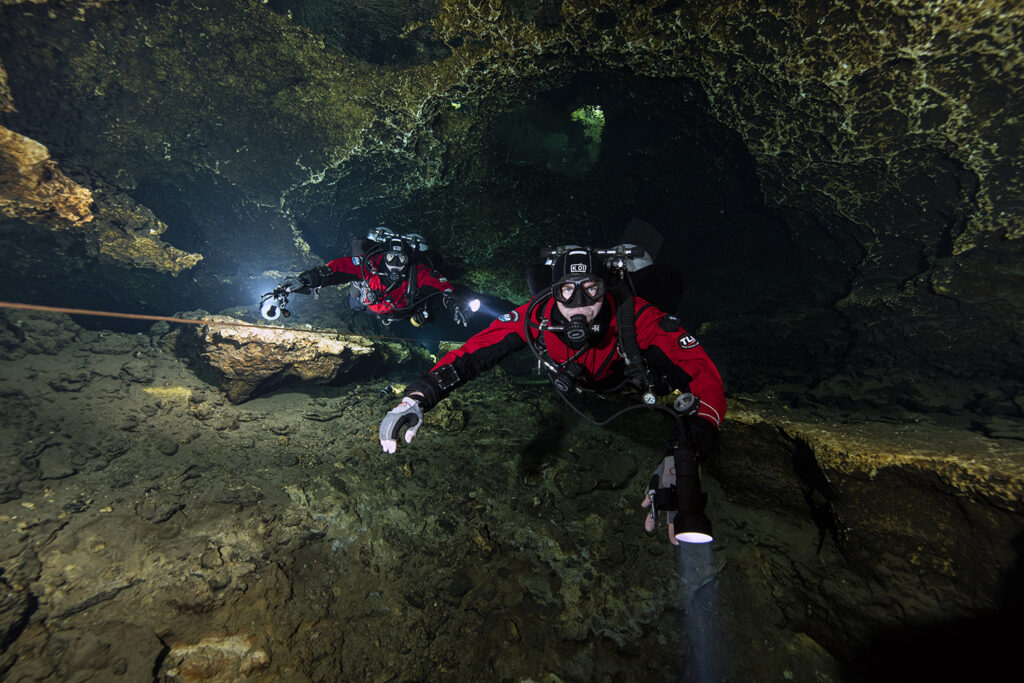 A rare photo of Heather and Dave diving together at Ginnie Springs.

In early April the weather finally cooperated and we kicked off our first trip of the season with a visit to the Poling. We knew we’d need to put some moorings in, and the wreck was basically a complete mess of old ghost lines so we spent some time cleaning up all of that. The break end permanent mooring system needs some fixing because the float ball deflated and flooded so it won’t hold up the chain anymore. The ole Poling is looking rough, but we didn’t notice any major changes from over the winter. 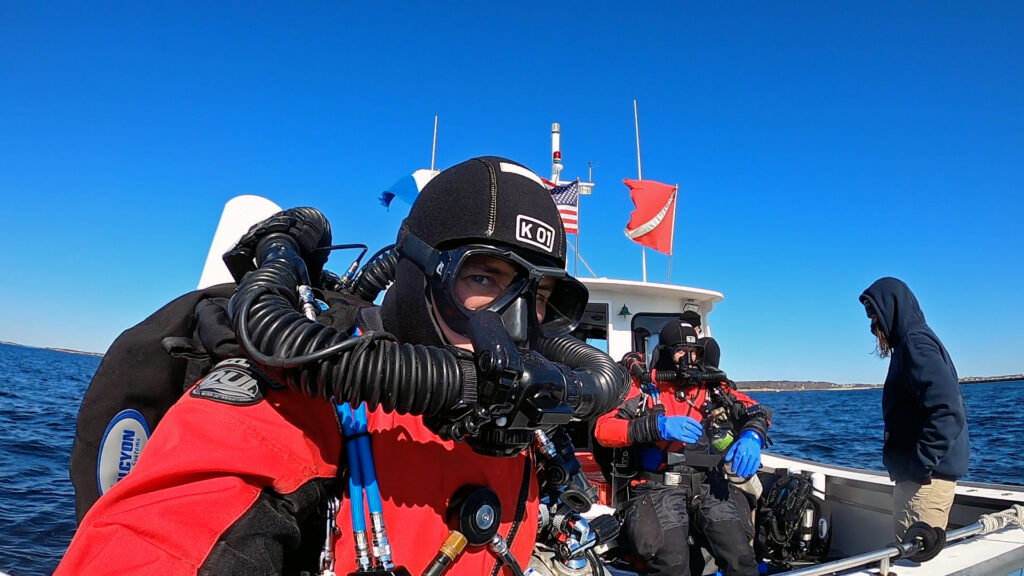 Splashing on the first charter of the season! Game on.

So, here we are. The 2021 dive season is upon us. Covid is still a problem. But as the pandemic gets under control things will improve. We’re following precautions and cautiously bringing up our capacity and relaxing some of the restrictions. We hope to have a full, fun dive season with technical classes, great wreck diving and resuming exploration projects. I know one thing, when we can finally have that famous Gauntlet BBQ over the Pinthis again, I will be having an extra burger! 😉

Wishing everyone a safe and fun dive season! See you on the water.